ATLANTIC CITY, NJ – (January 19, 2022) – Casino Reinvestment Development Authority (CRDA) General Counsel Mónica de los Ríos has been named Interim Executive Director, the CRDA Board of Directors announced yesterday. Ms. de los Ríos joined the CRDA in October 2019. She will be serving the Authority as Acting Interim Executive Director after the announcement was made that CRDA Executive Director Matt Doherty will be leaving the Authority on January 28, 2022. Upon his departure, she will become the Interim Executive Director. In her new role, Ms. de los Ríos will continue to steer the CRDA towards fulfillment of its statutory purpose by focusing and investing in the revitalization and development of Atlantic City, growing economic opportunities, and committing resources to the community – particularly its youth. Prior to joining CRDA, Ms. de los Ríos was Counsel at Scarinci Hollenbeck in the firm’s Municipal Law and Litigation practice groups where she managed municipal client accounts, as well as handled a variety of public and private litigation matters. She was also a member of the firm’s Ethics, Women Lawyers, and Diversity Committees. “On behalf of the CRDA Board of Directors, we are confident that Monica’s experience and legal background will enable her to steer the CRDA during this transition,” said CRDA Board Chairman Modia Butler. Ms. de los Ríos has the distinction of being an American Bar Foundation Fellow, an honor given to few attorneys in the State in recognition of their professionalism, ethics, and dedication to the welfare of their communities. She is also a member of the New Jersey State Bar Association and serves on its Nominating and Diversity Committees. She is also a board member of the Selective Service Committee of Union County. In addition, Ms. de los Ríos is a lifetime member of the Hispanic Bar Association of New Jersey, where she has served in various leadership roles including Vice President and General Counsel. She is also an active member of the Hispanic National Bar Association, having served as a Latina Commissioner and Deputy Regional President. Ms. de los Ríos is a graduate of Rutgers University and Rutgers Law School – Newark. She is admitted to practice law in New Jersey State Court and the Federal District Court of New Jersey.

About the Casino Reinvestment Development Authority The only agency of its kind nationwide, the CRDA has used Atlantic City casino reinvestments as a catalyst for meaningful, positive improvement in the lives of New Jersey residents since 1984. Under the 2011 Tourism District Act, the Authority’s mission evolved from statewide projects to becoming the state’s key economic development agency for Atlantic City. CRDA’s expanded responsibilities now include land use regulation, tourism marketing and clean and safe initiatives. The CRDA also oversees Historic Boardwalk Hall (the leading entertainment venue of its size in the country) and the Atlantic City Convention Center. In total, CRDA has invested nearly $2 billion in more than 400 projects statewide, of which $1.8 billion has been invested in Atlantic City, spurring business investments and expansions, and creating permanent jobs in the process. For more information about CRDA and our projects, visit www.njcrda.com, and follow us on Facebook and Twitter. For complete Atlantic City tourism information, visit www.atlanticcitynj.com, and follow us on Facebook, Twitter, and Instagram. 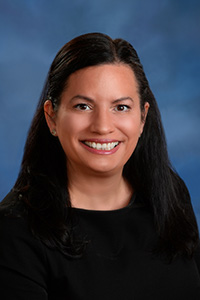